How to make your own polish from scratch (Indie Polish) I have been obsessed with owning a black and white glitter topper ever since I saw Maybelline’s polka dots range a year ago. However, it is not yet available in India and I also couldn’t find any reasonable options for getting my hands on it ( >$50 for a polish that’s under $10! , highway robbery alert ) so I decided to try and make my own.

After reading endless articles/blogs/revision of chemistry concepts (when I’m obsessed, I’m OBSESSED!) I came to the following conclusions:

Now that begs the question, why won’t the glitter remain suspended?

This has something to with the clear polish that you use to mix your glitter in. The glitter polishes use a specific kind of suspension base (i.e. transparent polish with special chemicals) that has a chemical ingredient that allows the glitter particles to remain suspended in the polish and not settle at the bottom of the bottle into a goopy mess.

The same thing is true for the other DIY polishes where you can add old eye shadow to clear polish and get a beautiful shade that is only temporarily good. The eye shadow particles will also sediment at the bottom because the clear polish is not a suspension base.

Moving on, this is what you will need to make your own indie glitter topper: 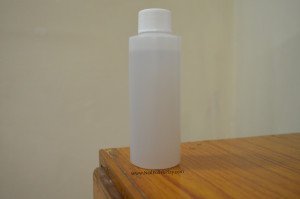 Alternative: you can use an existing glitter polish and customize it with other glitters that you like. This works because it already has the right suspension base.

It also has glitter. So, you can only add to it, you cannot make a 100% custom polish.

Where can I find glitter suspension base?

If you live in the USA, it’s fairly easy.

There are lots of online stores that sell it – tkbtrading, Etsy, misfitson8th and lots more.

If you don’t live in the USA, there are still options – color4nails, misfitson8th and loads of sellers on Etsy ship to international destinations.

The catch here is in the quantity. Since nail polish is flammable, it is categorized as hazmat( hazardous material) and anything over 4 fl.oz  ( ~120ml) is classified as paint and the shipping costs become phenomenal ( >$100!!!). (I’m listing the USPS/Fedex classification here btw, but this is also generally true of other carriers/courier agencies).

But…. I’m guessing that no one wants that much suspension base! 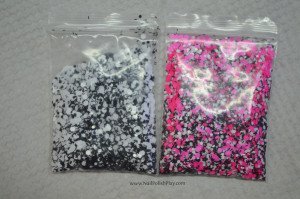 Once again, you can get your hands on some ‘solvent resistant’ glitters at lots of places. I got mine from Etsy.

Fill 1/4th of the bottle with acetone, shake it to get to the polish residue and then dispose the acetone in an environmentally safe way – do not throw it in the sink or in the toilet! This ends up in the ocean and leaches the coral reefs (yeah, I’m not kidding, Google it). 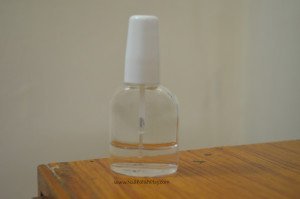 Instead, you can throw it on some tissues and wait for it to evaporate (this also harms our envt. btw, but I think it’s the lesser of the two evils)

Ball bearings aka mixing balls are easy to find. You can order them online from franken polish suppliers or get them at your local mechanic or hardware store. Just ensure that you’re getting the stainless steel variety of ball bearings, these are less reactive and mostly harmless. The other kind – chrome plated ones, are bad. The plating wears off when they are put into nail polish and what you get is an attractive glitter topper that’s also a carcinogenic cocktail. 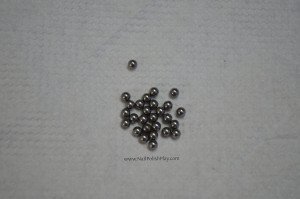 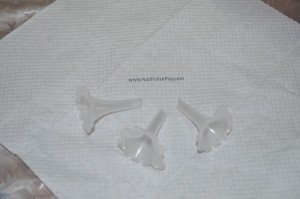 These are also available online at a variety of stores. They are useful because you can easily put glitter into the empty polish bottle. They can also be used to pour the glitter suspension base into the bottle without spilling it all over your work area. You may also use them to put acetone into the bottle for cleaning it out.

Nail polish is volatile. Hence, you cannot use the fan or the air conditioner since it’ll probably result in the solvent evaporating from your suspension base and will result in goopy leftovers.

Keeping this in mind, sitting in an enclosed ill ventilated area is not a good idea. You can end up inhaling a lot of nail polish / acetone fumes and this will make you nauseous. So, sit outside when it’s not windy, or sit in a larger room.

To avoid damages due to potential spillage (acetone/ suspension base – the possibilities are endless), cover your entire work area with old newspaper and spread one or two tissues over the part where you’ll be pouring stuff from one bottle into another. This way, the tissue is handy for some on-the-fly wiping or mopping up. 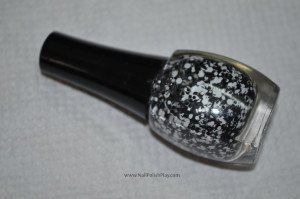 That’s it! Lemme know what you think in the comments below.